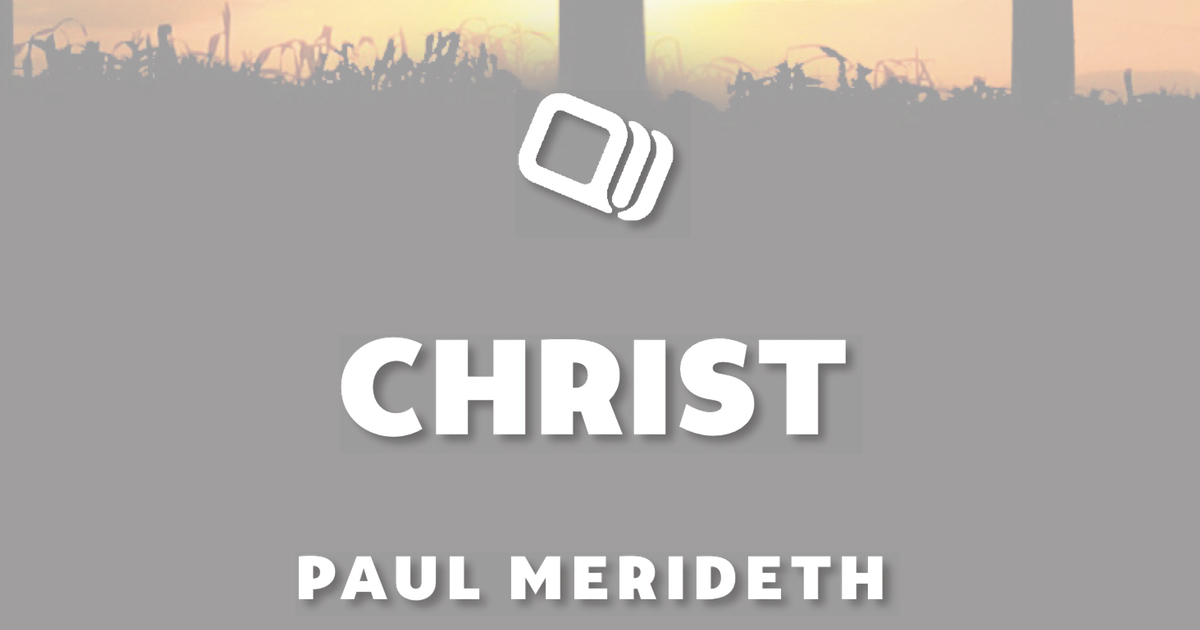 We must not just wear His name; we must live His name. Perhaps critics out of derisive intent first label the believers in ancient Antioch “Christians.” Maybe like Pilate who had “King of the Jews” written on a sign pinned to the cross, they speak inadvertent truth. It is to our advantage not our shame that we get to wear the name of Christ.

Isn’t it remarkable that as we understand more fully how powerful the name of Christ is that we are now invited to wear that glorious name? The apostle Paul elegantly describes this union in the book of Romans: “Do you not know that all of us who have been baptized into Christ Jesus were baptized into His death? We were buried therefore with Him by baptism into death, in order that, just as Christ was raised from the dead by the glory of the Father, we too might walk in newness of life” (6:3-5). You see, to identify with Christ in His death, burial, and resurrection is to put on His name and join in new life.

And really, being a Christian, wearing the name of Jesus, is less about us and more about Him. To be called a Christian is not so much like wearing a badge as it is having a fresh identity. Just putting on a ball cap doesn’t make me a professional baseball player, but actually signing with a pro team does. Likewise, wearing the name Christian only counts when it is coupled to union with Christ. The Anointed One of God invites us to join with Him and take on a portion of His anointing, being identified with Christ in His life and death. However, with that blessing comes duty. We must not just wear His name; we must live His name. We should seek to honor Jesus by living out our faith as we eagerly anticipate His imminent return. “For if we have been united with Him in a death like His, we shall certainly be united with Him in a resurrection like His” (Romans 6:5).

Today, I will…proudly wear the name of Christ, not as a point of personal arrogance but to honor the one who died and rose for me. I am so happy to be a Christian and eagerly anticipate the return of the Messiah. Just as Jesus rose from the grave, I too have the hope of life everlasting.